Watch Romance Anime on Netflix. Here are the 7 Best Romance Anime to Watch on Netflix. Our lives are filled with romance. We hope for it, we live by it, and we strive for it. Despite not all of us have a loving partner, anime has given us hope, and while we cannot play this game of romance, we can at least cheer for it. You won’t be disappointed with our list of the best romance anime on Netflix if your crush has let you down. 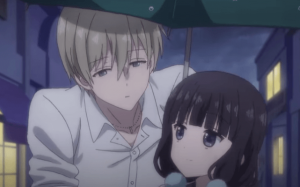 There is a large library of movies, original TV shows, and anime on Netflix. Netflix has expanded its coverage in the last few years, and it now streams hundreds of anime. On today’s list, we’ll be discussing the top 7 best romance anime on Netflix, so fasten your seatbelts, because we’re about to fall in love.

7 Must Watch Romance Anime on Netflix

You cannot avoid hearing about this series if you’re into romance. Despite not being in a relationship, student council president Miyuki Shirogane and vice president Kaguya Shinomiya look like the perfect couple.

As they spend so much time together, they develop feelings for each other but believe that confessing their feelings first would be weak. Now, they are engaged in a ‘war’ to make the other person confess first and lose.

A list of anime romances would not be complete without Ghibli’s masterpiece Howl’s Moving Castle. The story revolves around two idyllic characters Sophie the hatter and Howl the wizard are mild-mannered and eccentric, respectively. As Sophie’s friendship with Howl attracts the jealousy of an evil witch, the plot thickens. They both embark on a quest to break the curse on their walking castles.

A Whiskers Away (movie)

It’s a simple movie with cats, magic, self-discovery, and aesthetic scenes that will transport you back to the first time you had a crush. The movie is about a girl named Miyo Sasaki who has a crush on her classmate Kento Hinode and tries to get closer to him by becoming a cat.

It’s hard to deny that we all love the good ol’ friends to lovers trope. As a result, Ruyiji and Taiga are wrongly labeled as delinquents and pushovers based solely on their appearances.

When they discover that both like each other’s best friends, they form an unlikely friendship and decide to help each other confess their love to their crushes.

The Secret World of Arrietty (movie)

Ghibli studio’s movie about courage, secrets, and forbidden love is another must-watch. In addition to living under a human residence, Arriet lives by ‘borrowing’ supplies from them. On one of her trips inside the house, she is discovered by a sick boy named Shawn.

From Up on Poppy Hill (movie)

Ghibli’s fantasy work differs from the rest of its fantasy films with its less fantasy and more realistic storyline. The story revolves around two Yokohama teenagers Umi Matsuzaki and Shun Kazama who join forces to save an old clubhouse from destruction during the 1964 Tokyo Olympics preparations. The film is lighthearted and feels good as it explores fear and discovering love.

A wholesome romantic comedy about two social outcasts. Shizuku Mizutani is a hardworking student who prefers to spend her time studying than socializing. After meeting Yoshida Haru, a delinquent at her school, she becomes friends with him. 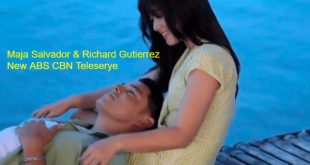