Ria Atayde will come as a lawyer in ‘Viral Scandal’ 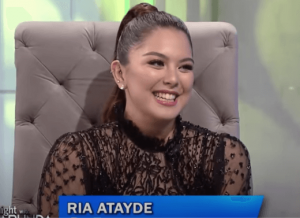 “Viral Scandal” is directed by Dado Lumibao and Froy Allan Leonardo, and tells the story of a young girl who participates in a scandalous video that goes viral, disrupting the life of her simple family.

In this series, Atayde portrays no-nonsense lawyer Laura Dizon, whose limitless determination despite seemingly insurmountable odds helps her win the case of the family against those responsible for spreading the video that ruined their lives.

After the 2019 fantasy drama “Parasite Island,” this is Atayde’s first full-length primetime series.

Her career as a TV host and on her many advocacies, like the voter registration campaign for the upcoming national elections in 2022, have been having a huge impact on Beautéderm brand ambassador Mare Cristina Aquino since the pandemic.

It feels so good to be back on set and to be working again,” Atayde said. “I like the lock-in system because everything is so fast and efficient. I follow a strict schedule which allows my co-actors and me to study our characters and connect more effectively.

“Viral Scandal” also explores the proliferation of fake and unverified news on the net — a serious and relevant issue that Atayde, like her character on the series, is passionately opposed to. “There will always be several sides to every story we read or see on social media, but one of them is the truth.

In all its forms, lies are unacceptable to me as a proponent of the truth. In this respect, I have a direct I have connection with the character in ‘Viral Scandal’ because, like me, she is relentless when it comes to pursuing the truth,” said Atayde, who is consistently vocal on social media about her strong convictions against false information. 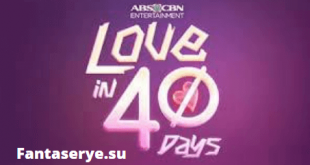